Can You Take Allergy Medicine When Pregnant? 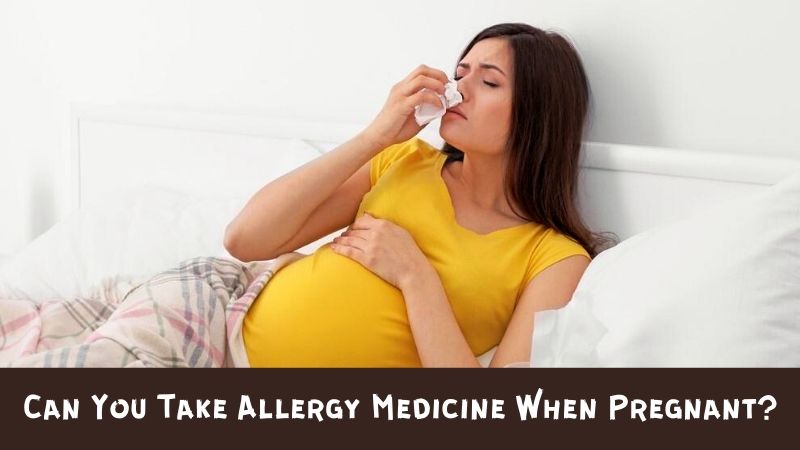 Everyone knows that a woman must thoroughly prepare for pregnancy and that during these nine months everything must be done with extreme caution, especially the choice of medicines. This is especially true for those who suffer from an allergy and have had seizures even before conception. Today, we will figure out what allergy drugs are safe during pregnancy and what effect the allergy has on the fetus.

Allergies during pregnancy and their effect on the fetus

We all know well that the fetus is closely connected with the mother, and therefore everything that happens to her one way or another will affect the forming or already formed fetus. Allergies are no exception. But how does it occur?

Wise nature has provided women with a protective mechanism, namely the production of the hormone cortisol, which actively counteracts allergies. Therefore, according to statistics, during pregnancy, many women experience allergic reactions. But everything is individual. Some pregnant women simply have a decrease in the seizure strength, and others, on the contrary, experience stronger seizures.

There are times when a woman gets an allergy during pregnancy. This is absolutely natural: there are great changes in the body. Allergies can be caused by prolonged contact with the allergen or contact with too much of the allergen. Also, allergies can occur due to the so-called antigenic loads – frequent toxicosis, allergenic food, a large amount of carbohydrates in the diet.

Some of the most likely food allergens include:

Also, allergies can be provoked by:

Allergies during pregnancy can manifest themselves in different ways: in the form of a skin rash, redness, itching, sneezing, difficulty breathing, a runny nose, and edema. Moreover, a runny nose, according to statistics, torments almost 50% of pregnant women, and it usually increases from the 12th week. But bronchial asthma occurs in only 2%, its exacerbation begins on the week 24 and virtually disappears after the week 36.

Now let’s review the effect of allergies on pregnancy, and more specifically on the fetus. The thing is that allergens do not leak through the placenta into the child’s body. But the baby’s condition is influenced by other factors associated with allergies.

We will talk about the latter factor separately. Medicines, entering the mother’s body, reach the fetus through the bloodstream and directly through the placenta, and have a direct effect on it, which will depend on the type of drug. For example, glucocorticosteroids can provoke adrenal insufficiency, vasoconstrictor drugs can depress the central nervous system, lower blood pressure, constrict pupils, and provoke arrhythmia. The use of antihistamines in late pregnancy can lead to tremors in a child in the first days of life, and prolonged use can cause increased excitability and anxiety in the child.

Very serious consequences of uncontrolled intake of drugs are abortion, malformations, metabolic and functional disorders. At this time, there is also a threat for the expectant mother: vasoconstriction and poor functioning of oxygen in the blood, untimely removal of decay products from the body, increased tone of the uterus, poor intake of nutrients into the child’s body.

You should understand that the phrase “allergy treatment” most often refers to the fight against symptoms, especially if the matter concerns pregnancy since it is about two lives that are connected with each other, and the state of one depends on the state of the other.

There are only two main allergy symptoms: breathing problems (allergic rhinitis, shortness of breath) and skin reactions (redness, rash, itching). In the first case, allergies should be treated with saline nasal solutions to relieve a runny nose. They are safe for pregnant women. In case of a potential threat to the mother, fluticasone propionate is used.

There are various ointments and cosmetics for the treatment of skin allergies. Products based on dexpanthenol and zinc pyrithione are safe for pregnant women. The latter, by the way, not only helps to relieve itching but also helps to normalize sleep and reduce the need for antihistamines.

General treatment is multidrug therapy. It may include inhalers, ointments, sprays or tablets. Budesonide and albuterol for inhalation are safe. A short course of second-generation antihistamines may also be prescribed. Cromones are safe but not particularly effective, so they are rarely prescribed.

The below-listed drugs have been on the market for 15-20 years or more, there are enough statistical data to talk about their safety or negative impact on fetal health. 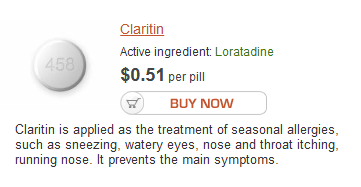 Claritin is an antihistamine used to treat allergy symptoms. Loratadine is an active ingredient in Claritin. It blocks the action of histamine, a substance in the body that causes allergic reactions like itching, sneezing, runny nose, and allergic skin rashes. The drug is effective for about 24 hours. A person should only take one dose of loratadine per day. A generic version of Claritin can be purchased in online drugstores that often offer discount pills. Studies conducted on animals have shown that the use of Claritin does not increase the number of fetal pathologies.

Zyrtec (Cetirizine) is a new generation drug. According to the instructions, Zyrtec is not safe for use during pregnancy and lactation.

Although the drug is not safe, nevertheless, it is prescribed for pregnant women in the 2nd and 3rd trimester in situations where the benefits of taking it significantly outweigh the risk of side effects. 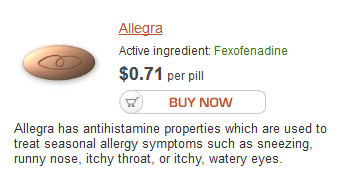 Allegra (Fexofenadine) is a new generation drug. In studies on pregnant animals, Allegra showed the presence of side effects with long-term use in high doses (increased mortality due to low fetal weight).

However, when administered to pregnant women, no such connection was found.

During pregnancy, Allegra is prescribed for a limited period and only in the case of non-effectiveness of other medicines.

Prevention of allergies during pregnancy 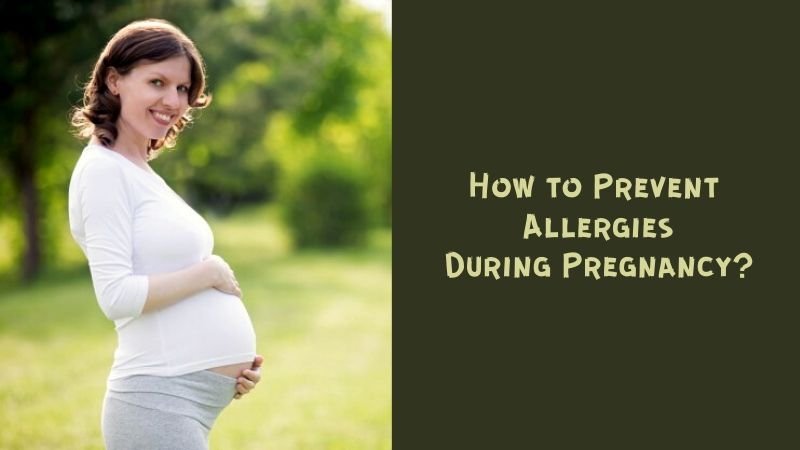 Yes, prevention will help you avoid allergies. The most important thing is to isolate yourself from allergens in all possible ways (potential or real – it depends on the presence or absence of allergies in the pregnant woman). To do this, you need to adhere to a strict diet and carefully monitor the environment: cleanliness in the house, what, when and where it blooms, where you can walk and where you can’t.

According to this diet, you should not eat foods such as:

In this case, you can eat only the following foods:

If you eat only what is allowed, then the diet turns out to be extremely meager, which is very, very wrong during pregnancy since the child needs a large amount of vitamins, minerals, trace elements, which he or she will receive only with a balanced mother’s diet. What to do? The answer is simple and obvious. If you know exactly what foods are causing your allergies, then simply eliminate them from your diet. If you don’t have allergies, then just eat in moderation and avoid fatty, salty, starchy foods, fried, smoked, sweet, and high-calorie foods. Starting from the 22nd week, it is especially recommended to avoid everything that was listed in the previous sentence.

How else can you exclude contact with an allergen? There are a number of simple rules and if you follow them, you and your child will be safe.

If you have hay fever, then you should wear glasses, ordinary or sun-protective, in order to prevent the allergen from getting into your eyes. You can also wear a regular medical mask on your face. After coming home, wash clothes immediately to rinse off the allergen. The windows need to be tightened with gauze in several layers and sprayed with water. So, when airing, the pollen will not fly into the room but will linger on the gauze. During the flowering period, you should not leave the city and walk near the flower pavilions.

Even if you are not allergic to flowers, you should get an air purifier. This way you will know that the air at home is cleaner than usual and that ventilation will not contaminate the apartment again. Yes, regular ventilation is also important, especially if you are allergic to house dust. But even without it, it is important to regularly wash bed linen and furniture covers. Curtains and drapes should be washed at least once a month.

You’d better put stuffed toys away and not touch old things in closets, as these are all very strong dust collectors. Do wet cleaning regularly, clean carpets and furniture. It will be very good if all these manipulations are done by anyone but not a pregnant woman. In the same way, it is better for her to avoid peeling raw potatoes and contact with citrus fruits, honey, nuts.

If you have a pet at home, but you are not allergic to it in any way, then you can keep it with you. If not, then either give it up for overexposure during pregnancy, or consult with your doctor and convince him or her that you can’t do without a cat. If you do not have pets, then do not have anyone, not even a turtle or a lizard, and also refrain from visiting people who have a pet for a while.

If you smoke, then it’s time to give up this bad habit. You should also avoid secondhand smoke, i.e. inhalation of tobacco smoke. Limit yourself in alcohol and take care of yourself from all sorts of stress.

Remember that any medications during pregnancy should be taken with the doctor’s recommendation, and you must strictly observe the dosage. Do not self-medicate and do not stop taking any medications without consulting a doctor!

Take care of yourself, and everything will be fine!